Seated Row
Start with butt and feet planted firmly on seat and foot plates, grasp close grip handles and extend legs. Start with arms extended and pull handle to chest then slowly return to starting position, being sure movement only occurs in the arms. 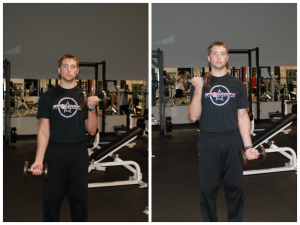 Alternating Bicep Curl
Begin standing with feet planted firmly on the ground and dumbbells at your sides with palms facing away from the body. Starting with the weaker arm, curl arm until the forearm is vertical, slowly lower and repeat on the other arm.

Chest Fly
Begin by lying on a flat bench with feet planted on ground, butt, back and head on bench. Hold a dumbbell in each hand with palms facing each other fully extended above the shoulders. Without bending arms, slowly lower dumbbells to the sides of the body so that palms are facing the ceiling at the end of the movement. Lower weights as far as possible, then raise back to starting position above the chest. 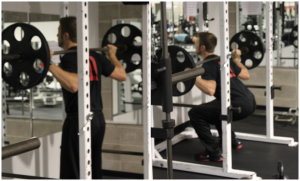 Barbell Squat
Position bar high on back and grasp to the sides of shoulders. Bend knees while allowing hips to bend backward, keeping back straight. Be sure to keep knees in the same direction as the feet. Descend until the thighs are just below parallel to the floor. Straighten knees and hips slowly until back in starting position. 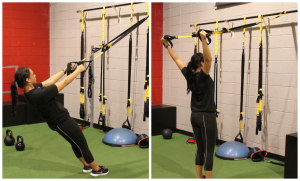 TRX Shoulder Fly
Grasp both TRX handles in one hand while facing the anchor point with palm facing downward. To get into starting position lean back and completely extend arm in front of the body. Raise arm straight up and back until it is in line with the body over the shoulder. Slowly lower into starting position then repeat on opposite arm. 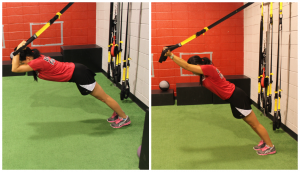 Trx Tricep Extension
Start by holding a TRX handle in each hand with palms facing the floor and face away from the anchor point. With feet together begin with arms extended 90⁰ at the shoulder joint. Without moving the upper arm, bend at the elbows as far as possible, then slowly extend arms back to starting position so arms are once again straight. 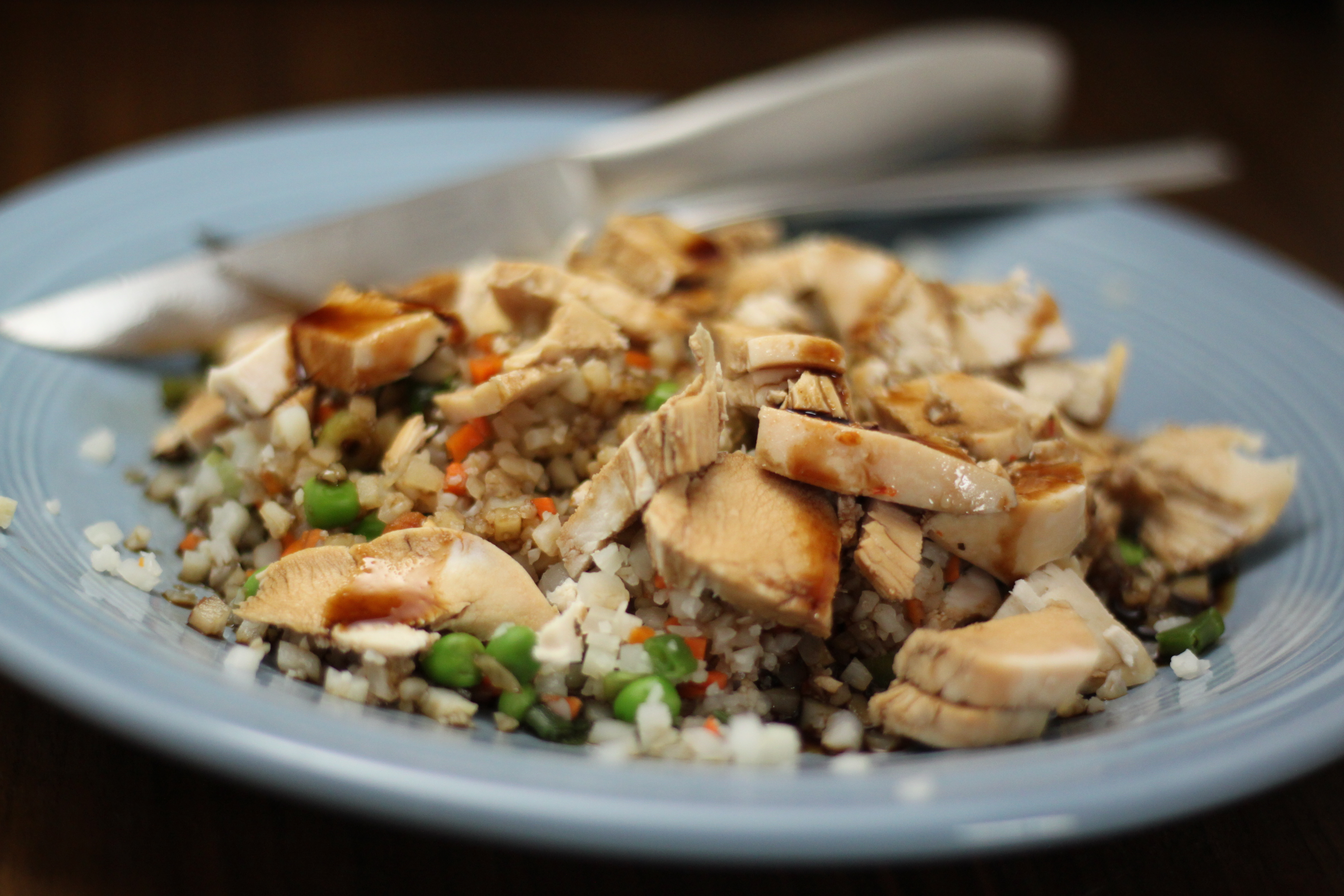 Get our Better Nutrition Recipes Made Easy and More!

As we create fast, easy recipes be the first to know!

You have Successfully Subscribed!